During a typical
day, a WDK developer will deploy new code to the application server and restart it many times. Performing
these tasks on a remote server or one shared with other developers requires extensive coordination and isn’t practical for the
rapid cycles required to develop WDK applications. It is recommended that a developer have his/her own instance
of the application server.

Developers can install the application server and the Documentum software on their development machine.
Unfortunately, only a single configuration can be installed on the machine. This is a problem
for developers who need to support multiple versions of the software for different projects or
during upgrades.

WDK developer server packs (refered to in this article simply as
server packs
)
provide a convenient way to package all of the
software required for a complete developer instance of the application server and related tools. Server packs are self-contained
structures which are easily copied from one machine to another enabling an entire team to share a single server
configuration during development. Server packs don’t require software to be installed or global settings to be made on the
machine on which they run.

The self-contained nature of server packs makes them ideal for developers working in dynamic environments where the developer
is working with multiple applications with multiple server configurations.

In this article we’ll review what goes into a server pack, how to build one, and how best to leverage server packs to enable your
team to be faster and more productive.

What is a server pack?

A server pack contains at a minimum:

Additionally, a server pack may also contain any other software necessary for the application server environment (for example, alternate
JSP compilers or third-party tools or the Documentum Java Method Server).

The goal of the server pack is to have a self-contained directory structure that can be zipped up and copied from machine to machine
or moved on the same machine with minimal complication. As we will see, this is less complicated to get set up than it may initially
sound.

This article will outline the server pack creation process for a Webtop 5.2.5sp2 server running on Tomcat 4.1.27 on Windows 2000 Server.
This environment is suitable for most developers. It is possible to create server packs for Linux or Solaris or which utilize alternate
application servers. A Win32 platform is appropriate for most developers and we’ve found that there are relatively few portability
issues in developing for Tomcat and deploying on alternate application servers (i.e. Websphere or SunOne). Tomcat has proven
to be relatively easy to work with and has good community support and is one of the earliest platforms that WDK-based applications
are released on.

There is no magic involved in putting together a server pack. The process basically involves (1) installing the software needed to
run the application server in a clean environment, (2) poaching the required files out of that environment, and (3) updating the configuration
and startup scripts to work in the new server pack structure. Creating the first server pack is a bit tedious and may take
some time. Creating future server packs will typically only require minor tweaks of the original server pack and will go very quickly.

Step 1: Start with a clean environment

At Blue Fish, we utilize VMWare to maintain environments like this. VMWare let us have a
“clean” environment without a separate physical machine. It also enables us to revert back to a known clean environment when
we are done installing the application server software. This can, of course, be done with a physical machine but the process
is more laborious each time you want to create a new server pack.

This will install DFC and the Webtop application.

During the installation, you will need to specify the location of the Documentum software. This is where the JAR files
and DLLs will be installed.

During the installation, you will also need to specify the location of the user directory. This is where the config directory will be found.

Finally, specify where the Tomcat instance is installed.

Create a directory to hold the Server Pack. For our purposes, we’ll create C:WebtopServerPack5.2.5sp2.

We’ll move the webtop web application out of the %CATALINA_HOME%webapps directory to make it more
convenient to work with in the future.

Copy the tomcat directory (which no longer contains the webtop web application) to the sever pack directory creating
C:WebtopServerPack5.2.5sp2jakarta-tomcat-4.1.27

Create a directory for the DFC install in the server pack directory. We’ll create C:WebtopServerPack5.2.5sp2dfc.

There are three sets of files which need to be copied to collect the DFC installation.

The basic components of the server pack are now in place. Now we have to configure it.

Note:
The link is to a batch file (startServer.bat). Simply saving it to your hard drive is a safe activity and
should be permitted by your web browser.

Tomcat 4 has a startup script called catalina.bat. We have chosen to use a separate script for a couple of reasons.
A separate script limits the number of changes to application components (Tomcat in this case) within the server pack. This is
prefered as it makes it more clear where changes should be made and makes upgrading or replacing those application components
with new ones easier.

Below is an excerpt from the startupServer.bat script. The section reproduced below is the section that may
require updating with relative paths to the server pack components.

dfc.properties contains the fully qualified path to the %DFC_DATA% directory. As this path
must be fully qualified (i.e. C:/WebtopServerPack5.2.5sp2/dfc) it is not portable. This is the
only “hard coded” path in a server pack. When deploying a new instance of the server pack (either on the same
machine or another machine) it is important to remember to update this path with the path to the new instance.

At Blue Fish, we have found it useful to create a separate directory in our server packs for BOF classes.
For our example environment, we created %SERVERPACK_HOME%bof. You will notice that the
sample %SERVERPACK_CLASSPATH% contains a reference to %SERVERPACK_BOF_HOME%sampleBofTypes.jar.
Any JAR files containing BOF classes will need to be included in the classpath.

Note:
You may need to include an explicit reference to servlet.jar in the classpath if BOF classes or classes
referenced by the BOF classes reference the servlet API.

You should now have a complete server pack. The directory structure should look something like the figure below.

The sample startup script for Tomcat 4 on Windows. Download.

Software for running virtual machines. This is useful for the “clean” environment needed to create a server pack.
VMWare website.

The startup script provided is a batch file. This is fine for most developers. Some developers, however, would prefer
to run their servers as Windows services. Server Packs are used extensively at Blue Fish and we even run some of our
internal production servers using server packs. Obviously these instances need to run as services.

The utility
FireDaemon
enables any EXE or batch file to run as a service on Windows.
There are a number of similar utilities but the author has had really good success with FireDaemon.
It is very reasonably priced at $29.00. Check out the FireDaemon website.

WDK developer server packs provide a great way for one developer to run multiple WDK server environments on one machine.
They are great for development teams. One developer can configure the server pack, zip it up, and distribute it to the
rest of the team so only one team member has to go through the installation and configuration process.

As we have seen, there is no magic involved in creating a server pack. Each organization will likely want to create a slightly different
flavor of server pack. The sample environment we walked through is similar to the server packs that we build at Blue Fish and have used
on many projects over the last couple of years. Hopefully, it provides a useful starting point for constructing server packs for your
organization. 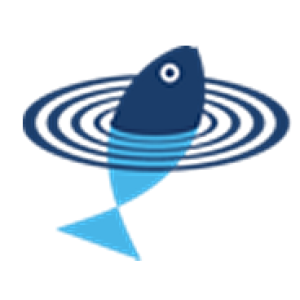