Case Study: Access to Government Regulations, Minus the Red Tape—Regulations.gov

It’s hard to think of the phrase “government initiative” without picturing the red tape that comes with it. Luckily, nobody understands this better than the government itself – which is why over 160 government agencies came together in 2003 to make at least one aspect of their work more manageable for American citizens.
The project was part of a new eRulemaking Program. Its goal was to create www.regulations.gov, a clearinghouse for all regulatory-related information from the federal government, serving the 300 million citizens in the general public by making it easier to find, view and comment on these regulations. Put simply, it was a way to ensure that U.S. citizens understand what’s going on in government agencies as varied as the EPA and the IRS, and that public opinion is being heard.
“Prior to the launch of the site, if someone wanted to comment on a rule, they’d have to go to a particular agency’s Web site, for the handful of agencies that posted regulations online, to see if they had posted something,” says Patrick Micielli, OEI, OIC and eRulemaking PMO. “You could type up comments and then, if you could find an address, you could mail them in. In the past there were a lot of mass mailings— a special interest group might send in 50,000 postcards.”
All that has changed. Now, regulatory updates are posted daily, Monday through Friday, and citizens can comment online, at one site, without going to other sites or sending in a forest’s worth of mail. This not only saves the general public time and encourages participation – it also makes it more efficient for agencies to review feedback, ultimately saving taxpayer dollars.
Working with mountains of information was no simple task. The biggest challenge was organizing the data so that visitors could easily find and comment on whatever regulations they were interested in. In late 2007 Lockheed Martin, a government contractor working on the transition, brought Blue Fish Development Group in to strategize a solution.
“If keeping track of information is difficult within one organization, you can imagine how much more complex the challenge became when we combined content from nearly 160 federal agencies and needed to manage the feedback from millions of citizens,” says Micielli.
Together with Lockheed and the government agency overseeing the site—The Environmental Protection Agency—Blue Fish was able to untangle the complex problem by leveraging Endeca’s technology to improve the way users search and navigate the site.
Dave Claflin, Information Access Practice Manager for Blue Fish, led the project. One question faced by his team was how to best support an extremely broad user base.
“We wanted to make the site user friendly for everyone from a farmer to a professor to a lobbyist,” says Claflin. “We knew people with very different levels of technical ability would be coming in—from local vegetable growers wondering whether they can call their produce organic to tech-savvy consultants being paid to monitor and influence legislation.”
Much of the data was labeled in a manner that gave no clue as to the content. For example, a regulations document might be called Title Twelve, with nothing to indicate what the regulation concerned. Users often struggled to find what they were seeking.
Blue Fish solved the problem by creating a search solution that crawls both the metadata and content of millions of documents, allowing users to enter practical search terms and receive results for everything containing those keywords. The results can then be refined easily through a helpful guided navigation tool, narrowing things down to exactly what the users are looking for.
“The search engine was a very big success,” says Micielli. “Running a search now is much simpler, faster and far more intuitive.”
Before the Blue Fish solution, users had to wait up to five minutes to get results. Now, not only are searches completed in milliseconds — they are far more thorough, and visitors are able to track down what before was buried.
“The agencies are able to save time, too, because they can access user comments immediately,” says Micielli. And for a government agency, not only is time money – it also affects how long it takes for important federal legislation to move forward.
All in all, Micielli and his colleagues are extremely pleased with the solution. “Blue Fish put a lot of effort into deploying the search technology and revamping the site in less than three months. Now people aren’t frustrated when they visit Regulations.gov, because they can immediately find the information they’re looking for. I’m really impressed with Blue Fish’s work.” 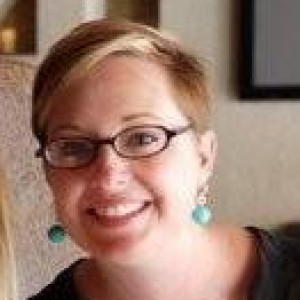 PrevPreviousNew Article: An Introduction to Web Publishing Jobs in Documentum
NextPlanning for the Data Migration that’s Lurking in Your Content MigrationNext